In response to your rather insistent queries, I’ve compiled a brief genesis story for the book for your delectation:

“Fine Yuri. Just do it. I don’t care anymore.”
I can barely remember the words in Russian. It’s perhaps the wrong thing to say to an irate former Spetsnaz officer trying to insert the business end of an AK-47 into my nasal cavity.

Astute readers will note that no paragraph remotely like this one appears in the final version. 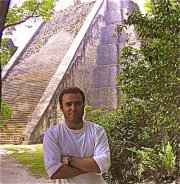 Sent first draft deemed fit for human consumption to Dustin Thomason. He is co-author of the marvelous Rule of Four, and his latest opus 12/21 is on its way. It is delightful.
Dustin was kind enough to fix the book for me. Sample comment: “Do we really need a game within a game within a game within a game.” I’d like to say he was exaggerating.
That first effort was an excellent example of why software developers should be barred by law from writing novels. Suffice it to say that the “elegant recursive structure” I’d been so keen on, did not quite achieve the literary effect I’d imagined.

project entitled “Brains in Vats,” and so was presumably surprised to receive this 185k word novel.

Highly diplomatic reaction: “This book… is not without its challenges.”

But apparently the Imp is strong in Jenn, and she agreed to train it for battle.

After several months of manuscript mortifying, we had a version possibly palatable to editors.

Gorno. That was the word he was reaching for. That was what they called this kind of thing: Gore Pornography.

After submitting it, of course I immediately decamped to the North Pole [Svalbard Norway] thinking 1) it would be nice to get as far away from the book as possible 2) it will take busy editors at least 3 weeks to read. 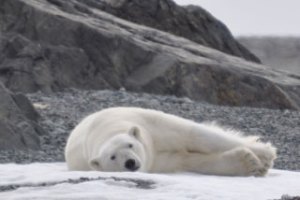 I returned from molesting polar bears to find an email inbox filled with increasingly strident notes from Jenn indicating that there were some editors wondering why she couldn’t produce me for a conversation about the book. She subtly implied that one generally waits until after one’s debut before pulling idiotic stunts like this.

This is a picture of me on vacation.

This precipitated a roughly year long period where I alternated bouts of intense editing with an ongoing attempt to enact an appropriately-scaled version of the prologue to Bret Easton Ellis’s Lunar Park.